Business and civic leader Barbara A. (Barb) Nicklas will end her professional tenure in Columbia on April 8, according to Janell Vaughan, VP of property management at Brookfield Properties. Brookfield Properties manages The Mall in Columbia, where Nicklas has served as the center’s senior general manager for the past six years. She is retiring after an illustrious career and leadership in a variety of local and regional organizations. 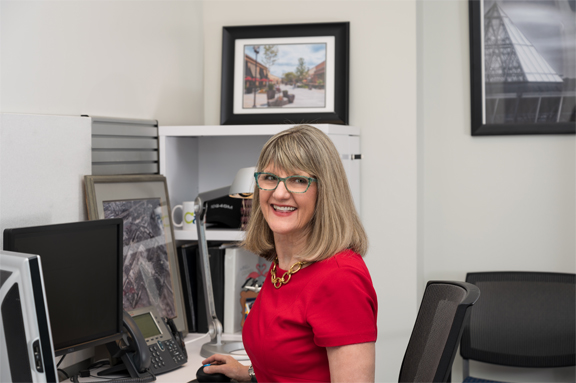 “It has been a joy and a great honor to have served as the general manager for The Mall in Columbia,” Nicklas noted in a letter announcing her pending retirement. “Being here at this property where I shopped as a teenager, at both the start and the close of my time in the industry, has enabled me to complete the circle on a wonderful career.”

Nicklas started her career at the The Rouse Company in 1981 as assistant marketing director for The Mall in Columbia, where she assisted in the marketing efforts for the new shopping center’s grand opening. This was followed by stints at Rouse operations in Tallahassee, FL, and Chicago, IL, where she joined General Growth Properties in 1995. By 2004, GGP had acquired The Rouse Company, and Nicklas was soon in charge of marketing efforts that led to the Downtown Columbia Plan’s unanimous passage by the Howard County Council in 2010. Nicklas was named executive director of the Downtown Columbia Partnership in 2014 and left two years later to take the helm of The Mall in Columbia.

“Barb Nicklas has been an outstanding general manager and community leader and will be missed by all,” Vaughan said. “Despite the unprecedented changes and challenges of the recent years, Barb is leaving the center in good shape with a strong team. We are grateful that she stayed to lead The Mall in Columbia’s 50th anniversary celebration last year and her impact on the center and the community will be felt for years to come.”

Among her civic accomplishments, Nicklas served on the boards of the Columbia Festival of the Arts, Downtown Columbia Partnership, Girl Scouts of Central Maryland, Howard County Chamber of Commerce, Howard County Economic Development Authority, Women’s Giving Circle of Howard County, and Howard County Tourism Council, of which she was President. She is current Chair of the Planning Commission of the City of Frederick where she now resides.

Outside of her professional life, Nicklas is a triathlete and competed in the Columbia Iron Girl 2008-2017. In addition to many travel plans, Nicklas plans to remain engaged with the local community in retirement.

All of us at the Downtown Columbia Partnership appreciate everything that Barb has done for Columbia and The Mall, and wish her well in all her future endeavors.