With #soulfulsetlist, Soulful Symphony continues its mission of exploring the rich diversity of American Roots Music, Soulful Symphony captures the magic and wonder of one of the most iconic stages in the country, with a mash-up of American anthems covering every conceivable style and genre – original orchestral arrangements, magnificent vocal performances and spectacular dancing. It’s the ultimate Remix. This is what makes Soulful Symphony unlike any orchestral ensemble in the world. 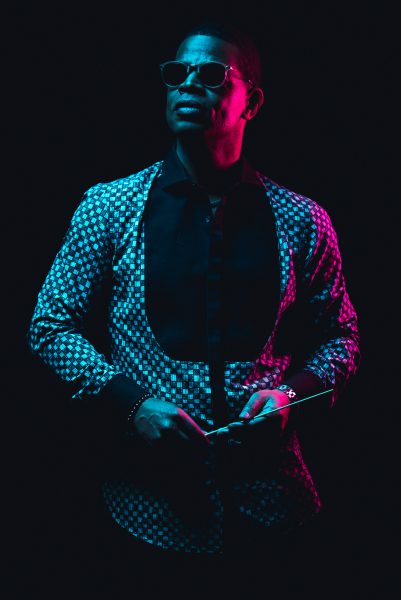 “Our mission is to celebrate American music and expand audiences, and this season definitely has something for everyone. We want to be as comprehensive as possible as we create a hub of culture where patrons can enjoy a variety of programming. Programming that bridges the gap, that exist between high art and popular culture, that welcomes inclusivity and reflects the communities we serve. It’s both entertaining and informative. When you leave a Soulful performance, patrons should have another perspective about the possibilities of greatness in their own life”, said Darin Atwater, Founding Artistic Director of Soulful Symphony and Artistic Director for the Downtown Columbia Arts and Culture Commission. “With the history of Merriweather Post Pavilion and its central location in the cultural geography of the Baltimore/Washington DC region, this residency is more like a homecoming for the orchestra and our music.”

This inaugural season will include three performances at the famed amphitheater—#soulfulsetlist on June 29, Slang on July 28, and Under an Open Heaven on September 14. Season passes and tickets for individual shows go on sale to the general public on Monday, May 20, at ticketmaster.com.

“Soulful is a change-generator for music, and its inaugural season at Merriweather will help us understand and appreciate music in exciting new ways,” said Ian Kennedy, Executive Director of the Downtown Columbia Arts and Culture Commission. “Creating music together, audience members and musicians, in real time at a live performance is a profound and unifying experience, one that is needed more than ever. Soulful is a symphony with a chair for everyone.”

As part of the lead up to #Soulfulsetlist, fans will be able to vote on songs to be included in the #Soulfulsetlist program, taking Soulful’s radically inclusive approach to new levels. More details will be announced soon about the fan voting component, but the message is clear: #Soulfulsetlist has something for everyone.

The second performance entitled Slang will be held on July 28. A mosaic of American composers in large form orchestral works from America’s musical soil takes center stage in this show. Slang is an exploration of modern interpretations of classical music by groundbreaking and visionary composers. The program will include the world premiere of Slang, a new work by Atwater, excerpts from Atwater’s South Side, Symphonic Dances, along with iconic works by George Gershwin, Andre Previn, ending the evening with a soulful interpretation of The American Songbook.

Prior to the evening program, there will be a family-friendly Soulful Sound Park. Soulful Symphony will bring Merriweather to life in exciting new ways, welcoming kids and adults alike to hear stories with orchestra as Soulful transports eyes and ears to a magical submersion of costumes, song and dance.

In its third performance, Under an Open Heaven on September 14, Soulful gives new life to Columbia, Maryland, founder James Rouse’s vision to bring together faith communities from the region for an evening of inspiration and hope. Spirituality and Culture are explored – from Vedic mantras to the Islamic Call to Prayer. Hebrew Psalms to Gregorian chant, devotional Bhajans to Bach Chorales, traditional hymns to Gospel music.

On March 11, the Downtown Columbia Arts and Culture Commission, along with Howard County Executive Calvin Ball, announced that Merriweather Post Pavilion would be home to Soulful Symphony, a world-class, 21st century orchestra, fulfilling the cultural promise of Merriweather set forth by Rouse.